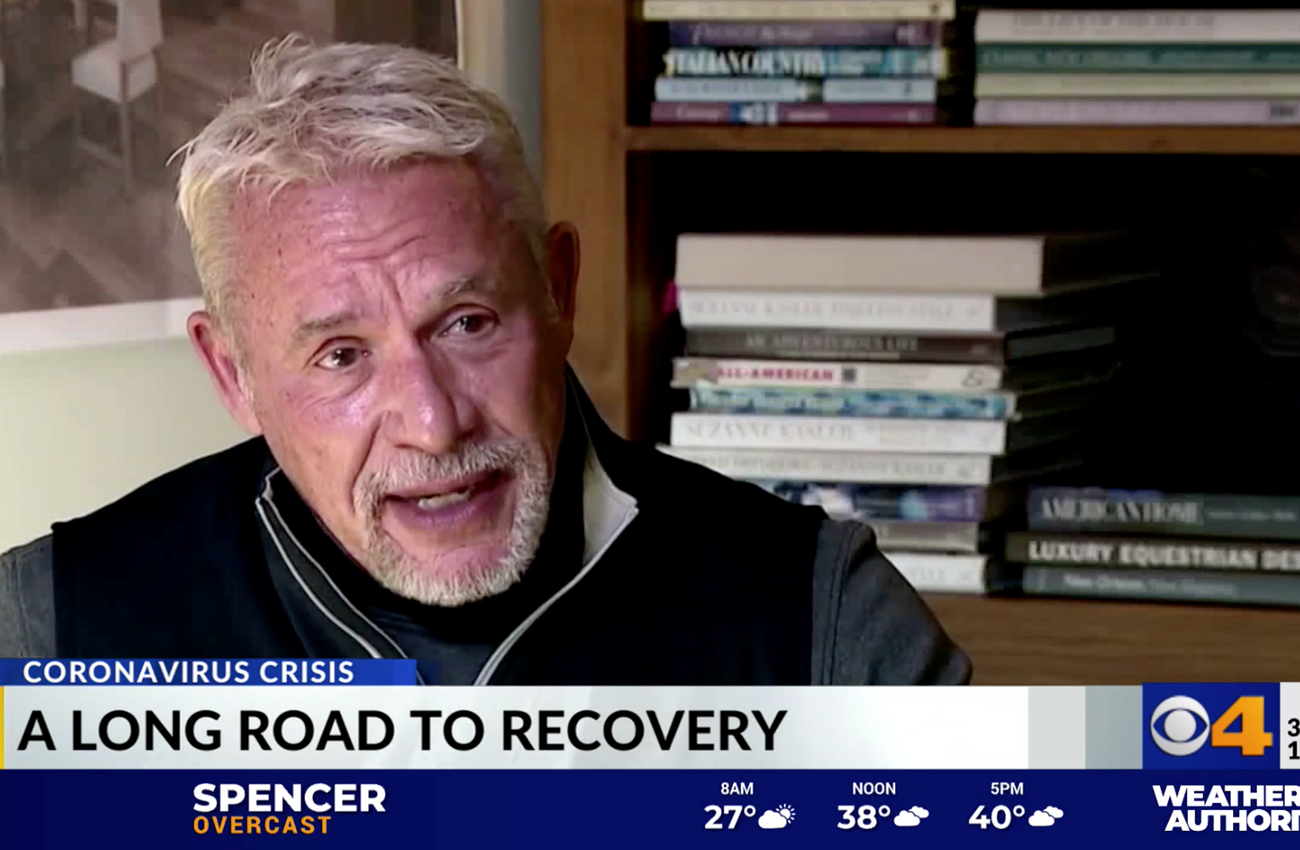 CARMEL, Ind. — COVID19 brought Gary Nance, a professional designer and competitive bodybuilder, to his knees this spring. Nance was among the first Hoosiers to test positive for COVID19 back in March.

He is still working toward a full recovery. From March 29 through April 15, Nance was on a ventilator at Ascension St. Vincent Hospital.

“I’ll never forget it,” Nance said. “They came back in about an hour and a half later and told me. I was just flabbergasted that my left lung was collapsed, and 24 hours earlier I’d knocked out 50 pushups in 30 seconds. That’s how fast this thing hit!”

He went home to recover, but a week later, his wife needed to call an ambulance to get him to the hospital immediately.

“In fact, they said that morning when the paramedics came, had my wife done something for the next hour, I would’ve probably died that night at home,” Nance said.

During his time on the ventilator, Nance’s mother died. There were times his family was scared they would lose him too.

“I think it was the 11th day, they were talking to my family saying, ‘Hey, his stats are so low, he may not make it by the next morning,'” Nance recalled.

Following St. V’s, Nance worked toward his recovery at the Rehabilitation Hospital of Indiana. Medical Director Dr. Angela Carbone said RHI cares for COVID-19 patients who are struggling to accomplish basic tasks following a battle with the virus. That includes patients who had a stroke following the diagnosis and those with nerve inflammation.

“The entire body is weak, but it’s because the nerves are not communicating to the muscles as well,” Carbone said. “That contributes a cascading of symptoms of muscle atrophy, muscle weakness.”

“There’s some things that you don’t see right away and you see down the road,” Carbone said. “I think that’s where we’re all a little bit shocked about, but we’re not so shocked that we’re paralyzed by it.”