People with traumatic brain injury, who often lose empathy, can regain it with treatment 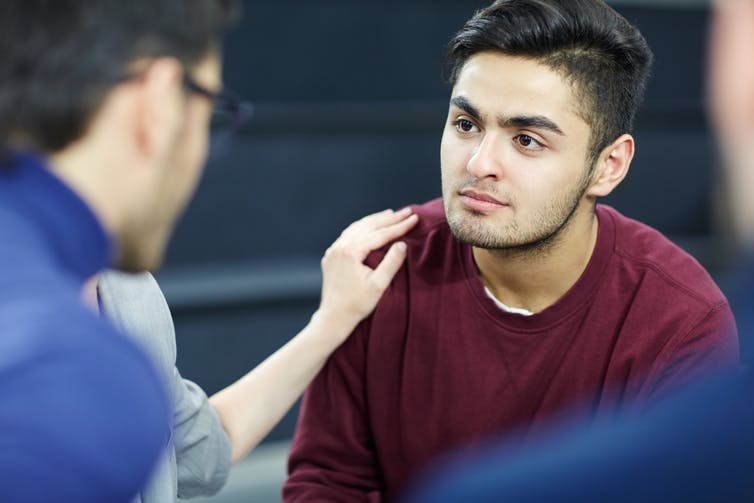 Understanding the facial cues from another person is a component of empathy. Pressmaster/Shutterstock.com Dawn Neumann, IUPUI

Most people can easily determine when a loved one is feeling sad or anxious. This recognition will often trigger the person to offer a comforting gesture or even have a contagious emotional reaction, causing them to also feel sad or anxious, too.

These important actions are referred to as emotion recognition and empathy, and they are fundamental to establishing human emotional connections and relationships.

But imagine waking up one morning and your loved one lost the ability to recognize and empathize with your feelings. For the last couple of decades, researchers have been showing this to be a common outcome for people who have suffered a traumatic brain injury. The inability to recognize and empathize with others’ emotions after brain injury has a resounding impact on family and friends and has sparked research leading to promising treatments.

I started studying emotion recognition and empathy in 2005, and this is exactly how the wife of my first research participant described it happened for her husband who was in a car accident and suffered a traumatic brain injury, or TBI. Once a very affectionate partner who responded to all of her emotional needs, he now failed to recognize her sadness or comfort her when she lost her father. Conversely, he was unable to feel the emotional contagion of her joy when she received recognition at work. This once very strong couple later divorced. 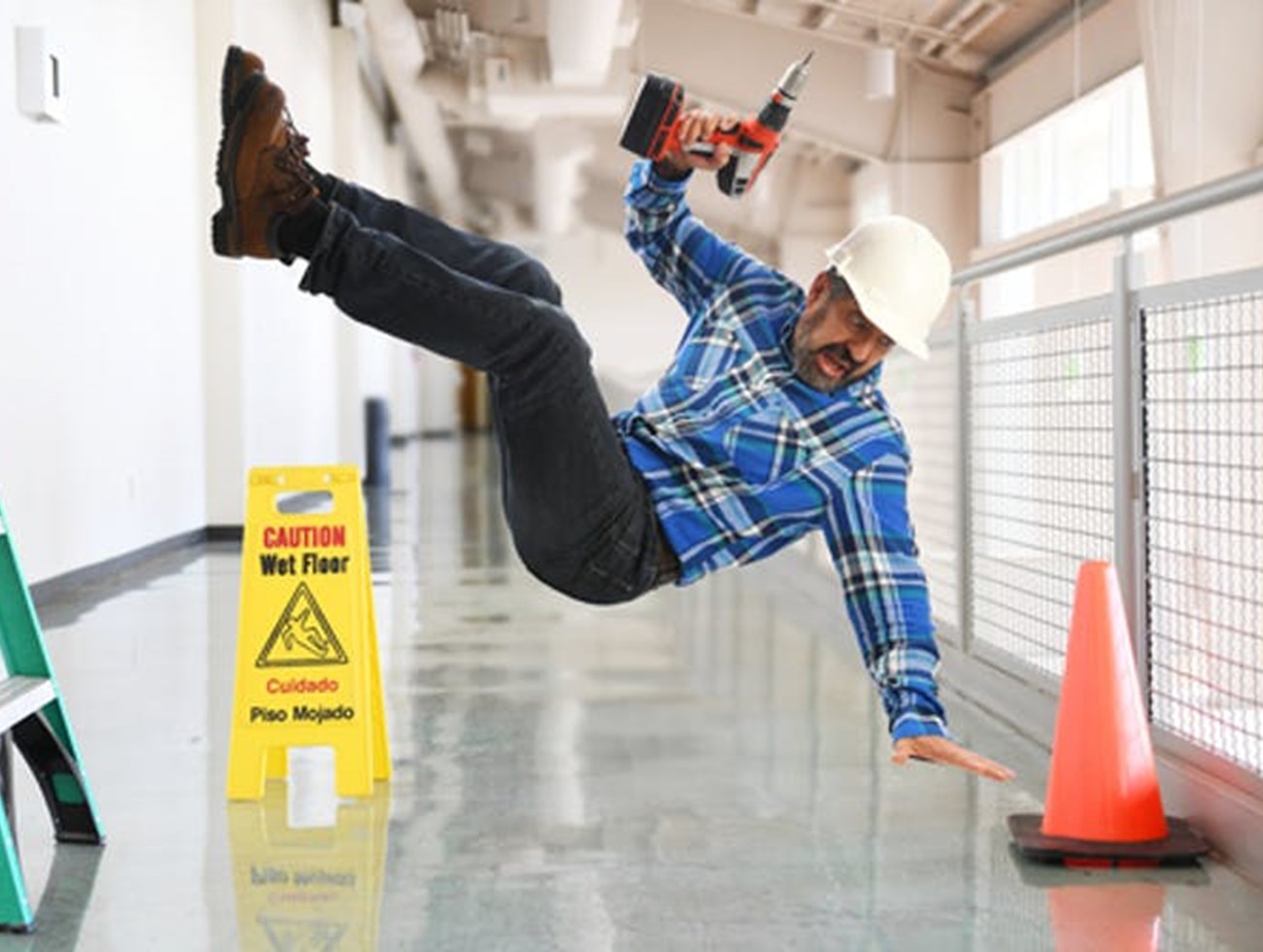 Falls are a common cause of traumatic brain injury, but car and motorcycle crashes also are major causes. Andre Marcelo Santa Maria/Shutterstock.com

A TBI is when an external physical force leads to a disruption in brain function. Falls and motor vehicle accidents are the most common causes, but damage also results from many other injuries, including blast injuries that are frequently experienced by active duty military.

In 2014, almost 3 million Americans received some type of medical care or died from a TBI-related incident. Problems with attention, memory, planning, reasoning or problem solving are common. But often more troublesome are the frequent emotional and behavioral changes, such as increased anger and aggression. Emotional and behavioral changes have been linked with problems recognizing others’ emotions and an inability to share another’s feelings.

Prevalence rates of problems with emotion recognition and decreased empathy after brain injury are 39% and 60%, respectively.

This is quite concerning for people with TBI and their family members, as this impairment has been related to worse social relations after TBI.

The first step of empathy 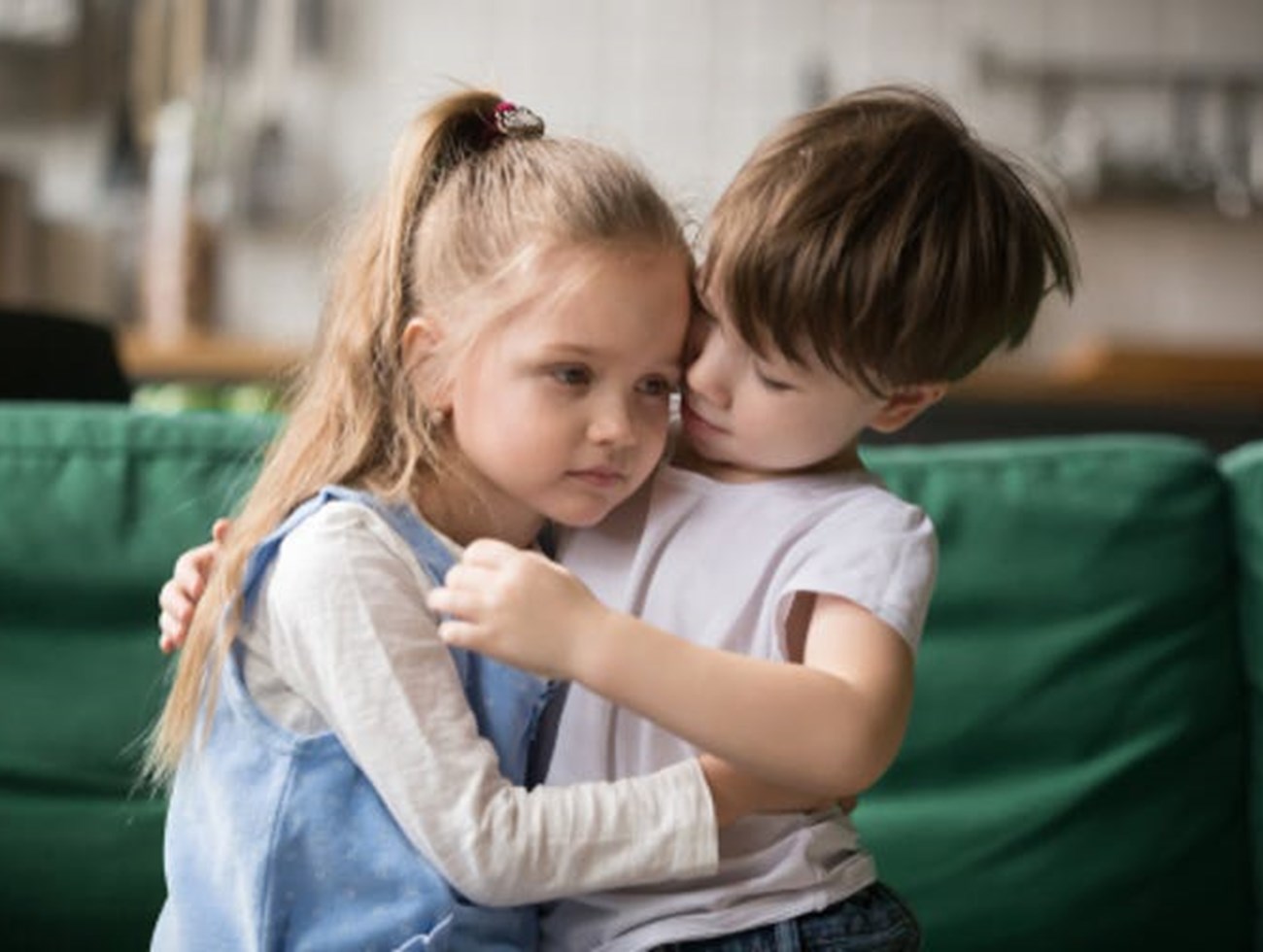 A boy responds to a girl’s look of pain. fizkes/Shutterstock.com

It has been a longstanding theory that a person must recognize others’ emotions in order to empathize with them.

However, despite the strong theoretical rationale, scientific experiments have had trouble finding strong support for this belief, in people with and without brain injury.

When I looked at how the past studies were conducted, I saw clear design flaws. Many of the former studies assessed emotion recognition and empathy in isolation of one another. Empathy was typically measured with unrelated subjective questionnaires. So it is not too surprising little relationship was found between two unrelated tests.

A second step to empathy

Due to the limitations of previous studies, my colleague, Dr. Barbra Zupan, and I decided to take a different approach. In our recent publication, we showed subjects with and without TBI emotional film clips and had them identify how the character in the clip felt and how they felt while watching the clip.

Further, we found that accurate recognition of characters’ emotions was associated with a greater number of empathic responses. The empathic responses of participants with TBI more than doubled when they accurately identified the character’s emotion, compared to a misrecognized emotion (71% vs. 32%, respectively).

We think it is important to note that correct emotion recognition was not sufficient for an empathic response to occur in either group. That is, participants did not always respond empathically when they correctly recognized the emotion.

Our findings also suggest that participants with TBI had a harder time recognizing and empathizing with sad and fearful emotions, compared to happy emotions. This was indicated by their lower recognition and empathic responses when characters were acting sad and afraid. This means that when loved ones need comforting the most – when feeling fearful or sad – they are unlikely to get it from a partner with TBI.

Helping those with TBI

We think these findings have important clinical implications.

First, clinicians treating people with TBI should plan to evaluate emotion recognition and empathy in their patients and learn how to treat these impairments. Interviewing patients with TBI and their family members can help paint a picture of how a person has changed compared to his or her pre-injury self and lead to goals for rehabilitation. There are evidence-based approaches and free treatment tools, designed by our group, that have now been deemed practice standards for improving emotion recognition skills.

When training emotion recognition after TBI, clinicians should also discuss with the patient ways they can respond empathically to loved ones. Newer research from another group in the Netherlands shows that this combination – both recognition and responding empathically – is effective and should involve the family member as part of treatment.

Also, clinicians should consider educating survivors of TBI and their families about these common changes after TBI, why it happens, what they might expect in terms of changes in behavior, and notifying them that it could improve with treatment.

Finally, family members could be directed to be more explicit about their emotions and what they would like from their loved one with a brain injury. Together, these efforts could improve outcomes after TBI and minimize the common relationship strains experienced after a brain injury.

This article is republished from The Conversation under a Creative Commons license. Read the original article.