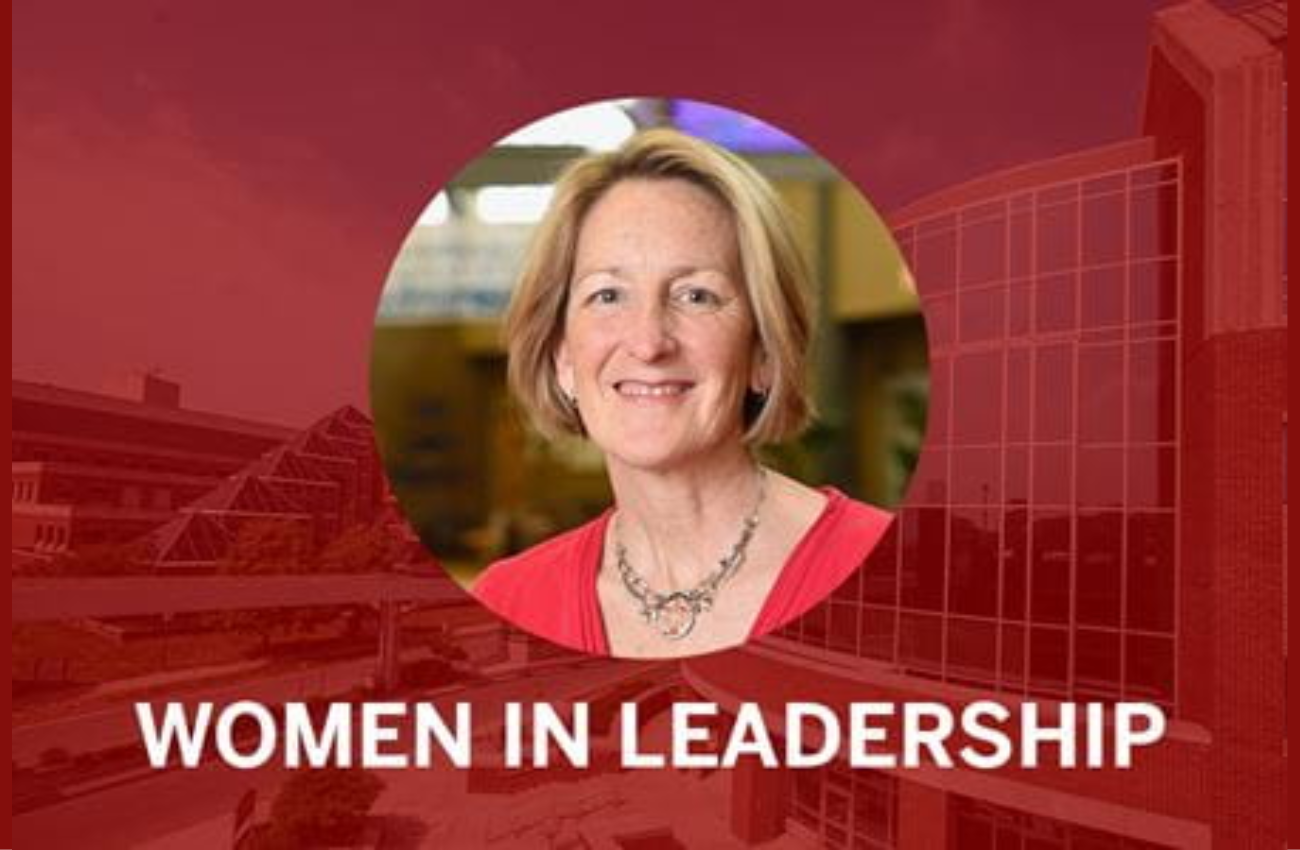 To understand what motivates Flora Hammond, MD, chair of the Department of Physical Medicine and Rehabilitation at Indiana University School of Medicine, pay attention to her email signature: “In work, life & play: Care for others and always do your best.”

It’s a tribute to the values modeled by her late parents, C. Fenner McConnell, MD, a dermatopathologist and medical examiner, and Shirley McConnell, a dietician and caterer. Their example compels Hammond to strive for excellence and serve her community through her work every day.

“Both my parents were goal-oriented, had high expectations for themselves and encouraged others to achieve their best,” Hammond said. “They were generous of their time and resources and engaged in extensive community service to meaningfully contribute to society. They stepped up to lead when they saw leadership was needed.”

Seeing them in action was inspiring: “You didn’t want to be sitting down when they were around.” 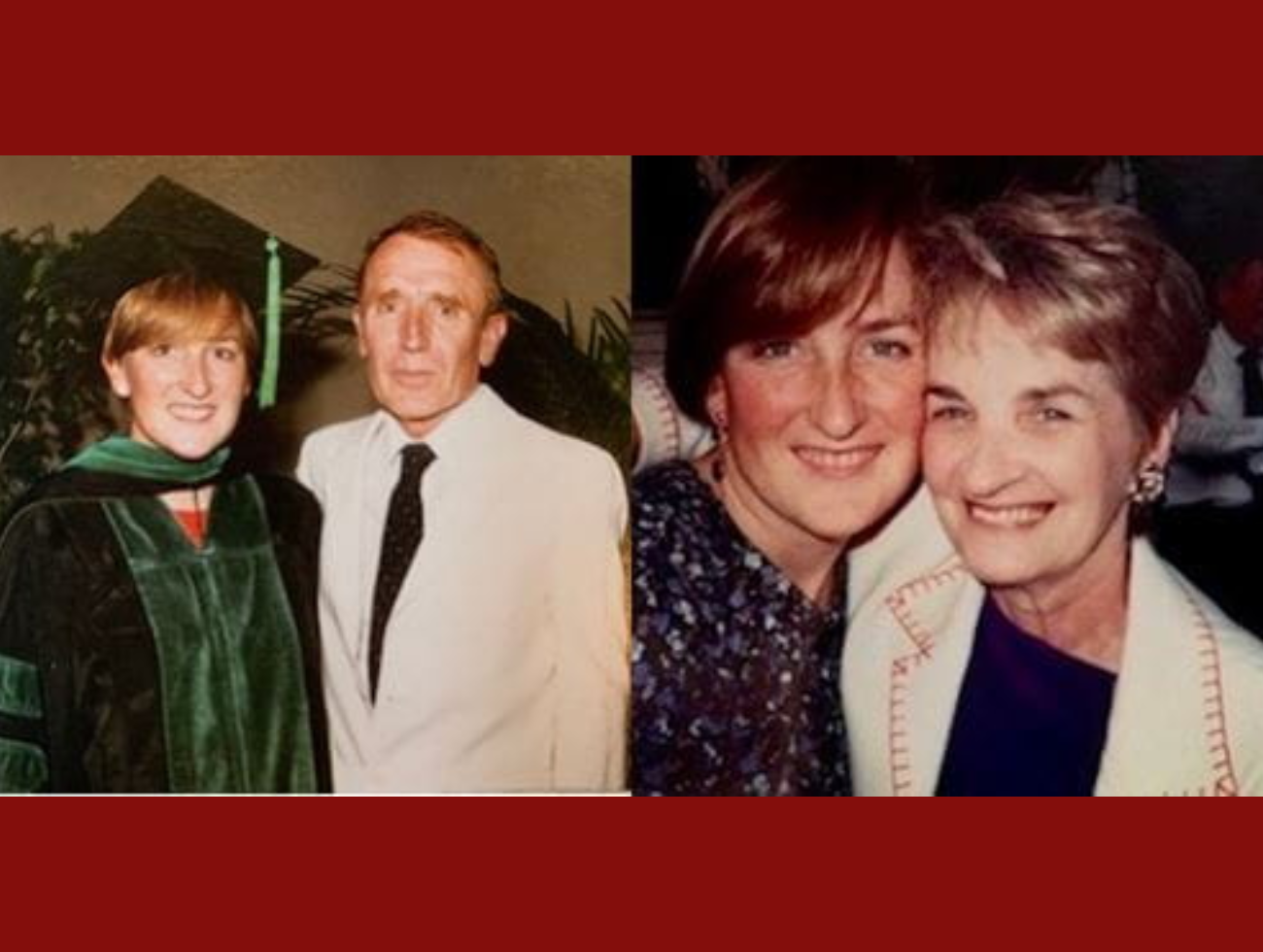 Hammond inherited an industrious nature which has guided her career in medicine. A board-certified physiatrist, she is extensively published for clinical research exploring rehabilitation and recovery after brain injury, concussion and spinal cord injury. In addition to being the Nila Covalt Professor and department chair, Hammond is chief of medical affairs for the Rehabilitation Hospital of Indiana (RHI).

Her work, including numerous leadership roles with professional organizations, is her way of stepping up and contributing to humanity – particularly to the community of individuals impacted by brain injury.

“Dr. Hammond has led our understanding of brain injury as a chronic condition in this country and in the world,” said Lance Trexler, PhD, adjunct clinical assistant professor at IU School of Medicine and RHI’ executive director of brain injury rehabilitation research and program development. He was part of the team that recruited Hammond to IU in 2009. “She really is the one who is setting the stage for us in developing entirely new ways of managing brain injury in the future.”

“It’s rare to find someone in the field who has not had some contact with Dr. Hammond directly or indirectly through her teachings, patient clinics, research, peer- reviewed articles, book chapters, model systems experience, grants secured and written, etc.,” he said. “She is always willing to support anyone in our field who may need her valuable expertise on clinical, research or personal matters. She combines brilliance with compassion in ways that are both rare and needed as a clinician, researcher, educator and overall supportive colleague.” 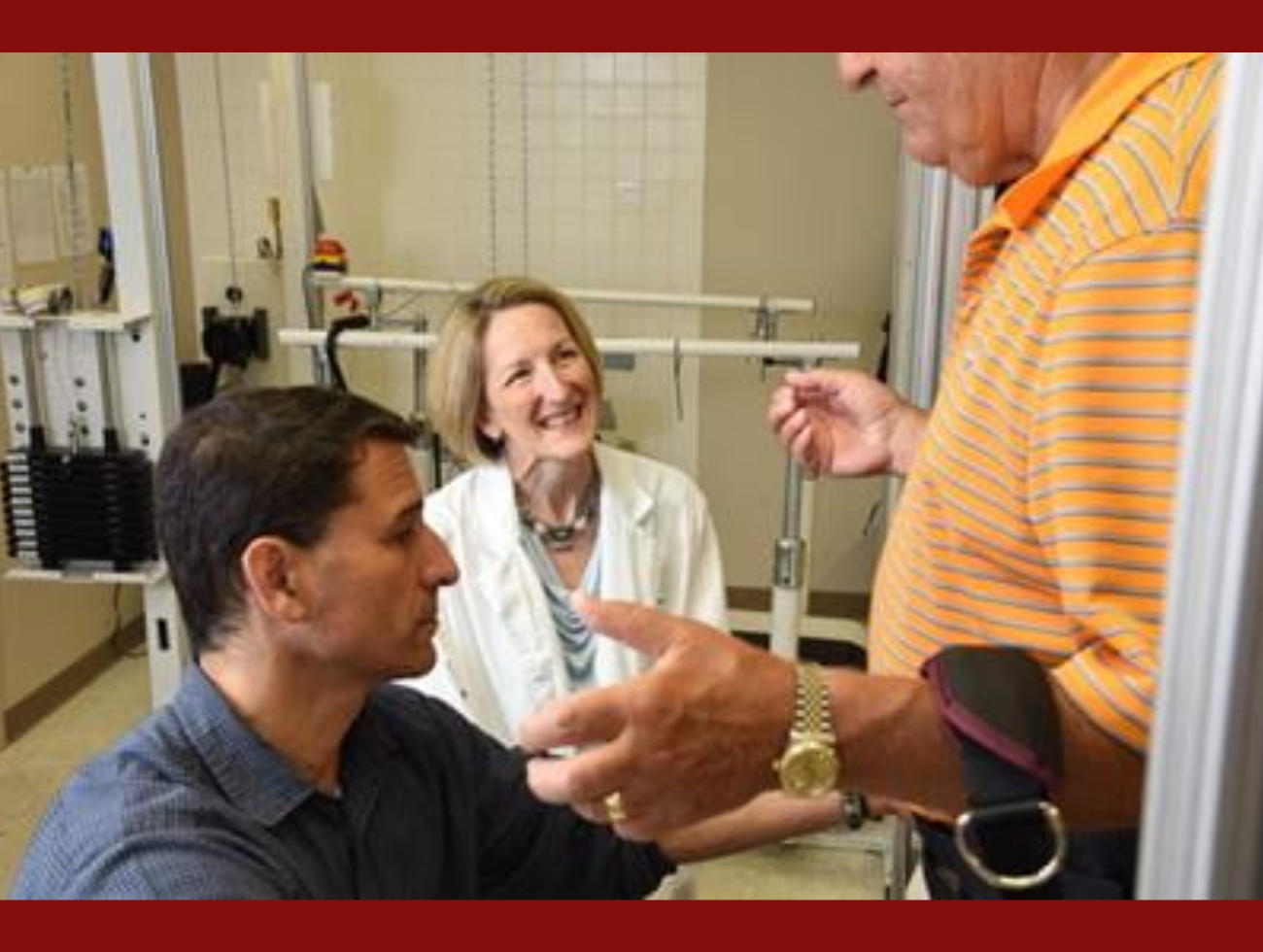 Andrea Toomer, MD, calls Hammond “a legend in the field of physical medicine and rehabilitation.” She first interacted with Hammond as a resident at Carolinas Rehabilitation in Charlotte, North Carolina – where Hammond began her career after completing residency at Baylor College of Medicine in Houston followed by a fellowship in brain injury medicine at the Detroit Medical Center Rehabilitation Institute of Michigan.

“She took me under her wing and mentored me every step of the way,” said Toomer, now a nationally recognized physician educator in spasticity treatment with Culicchia Neurological Clinic in New Orleans. “She was such an incredible role model of how to care for patients. She showed me how advocating for patients made a difference, how we had the power to speak up and do the right thing and ultimately improve someone’s function and quality of life. She never gave up on a patient, she always had hope, she always saw the potential of what the right medication and therapy interventions could do.”

Dawn Neumann, PhD, associate professor of physical medicine and rehabilitation at IU School of Medicine and research director at RHI, also met Hammond at Carolinas while doing postdoctoral studies, counting herself fortunate to come under her mentorship. After Hammond came to IU, she recruited Neumann, and the two have collaborated on many research studies, publications and presentations. 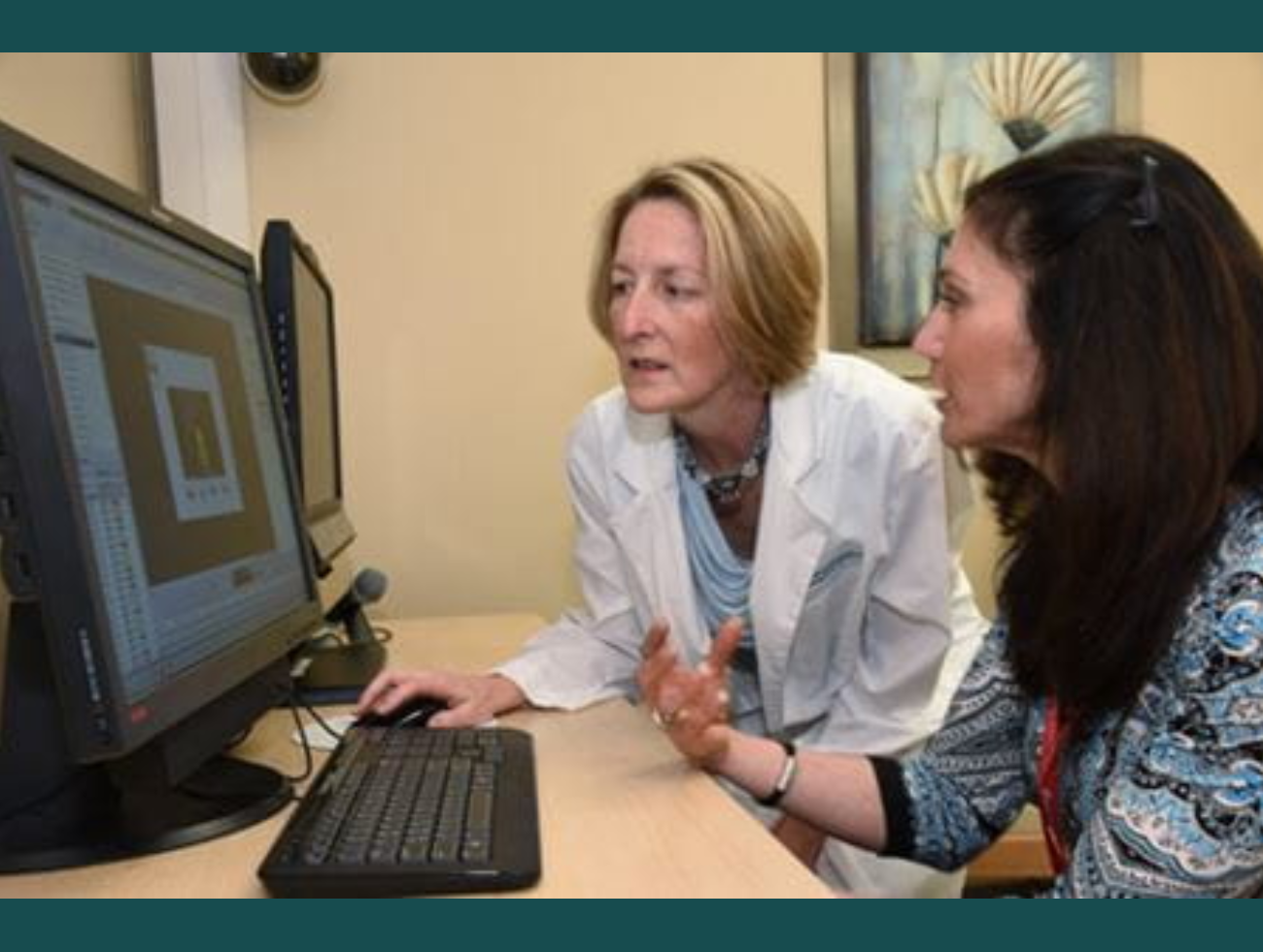 Both personally and professionally, Hammond is exemplary, say her colleagues.

“Dr. Hammond is a cut above the rest. She has a way of elevating any project or team she is working with and brings magic,” said Sheryl Katta-Charles, MD, medical director of brain injury rehabilitation at RHI and assistant clinical professor at IU School of Medicine. “Both as a leader and a person, she is a warm and generous soul whose words and actions are always aligned.”

Hammond’s interest and awareness of physical medicine began in 1977 – when she was in eighth grade – with the buzz surrounding the opening of a rehabilitation hospital in her hometown of Pensacola, Florida. An independent kid who enjoyed competitive swimming, sailing in the bay and scuba diving, Hammond suddenly started hearing about this new hospital everywhere. 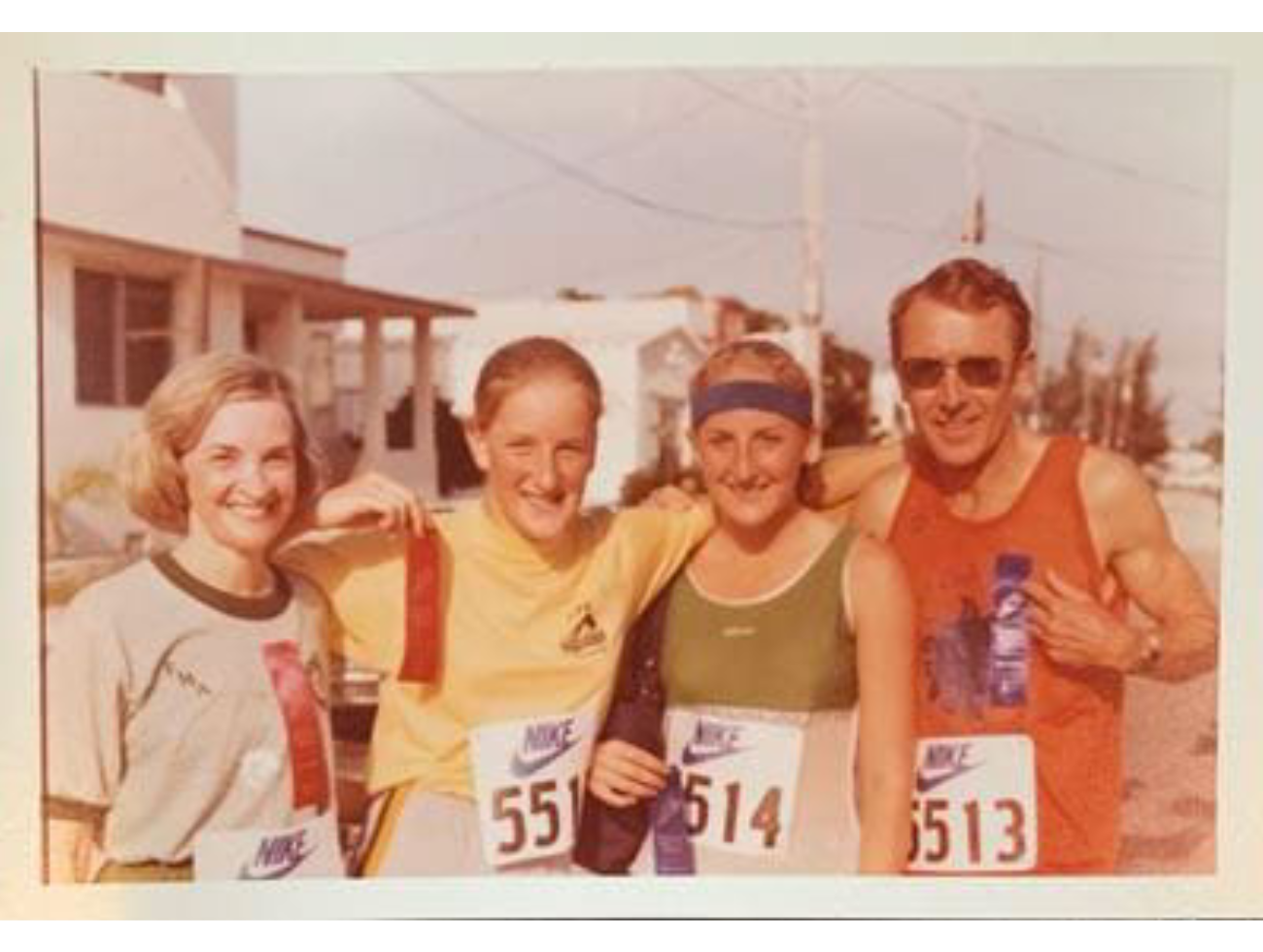 “That made a huge impact on me. My mom decided to restart her career as a dietician, and my swim coach decided to work there instead of coaching. It seemed like everyone was talking about it, at least in my world,” Hammond recalled. “I visited my mom and volunteered there. I knew immediately I wanted to be a physician who worked in a rehabilitation hospital.”

Having watched her mother push through chronic neck and back pain. Hammond initially thought she wanted to work in the area of pain management. While in medical school at Tulane University in New Orleans, she did an away rotation with Catherine Bontke, MD, a traumatic brain injury (TBI) expert at Baylor and was greatly inspired by her work. After finishing medical school, Hammond returned to Houston for residency training and was amazed by the progress she saw in some of Bontke’s patients.

“When working with Dr. Bontke as a medical student, I saw people who has been in what we call a minimally conscious state – patients who had severe brain injury that many people had given up on. When I was a resident at Baylor two years later, I saw one of the patients I had seen with Dr. Bontke years before who was now attending college. I was taken aback. I thought, ‘No way is this the same person. The possibility of such outcomes was not taught in medical school,’” Hammond recalled. “I wanted to be a part of changing the knowledge and awareness we have about brain injury and helping people maximize life after injury.” 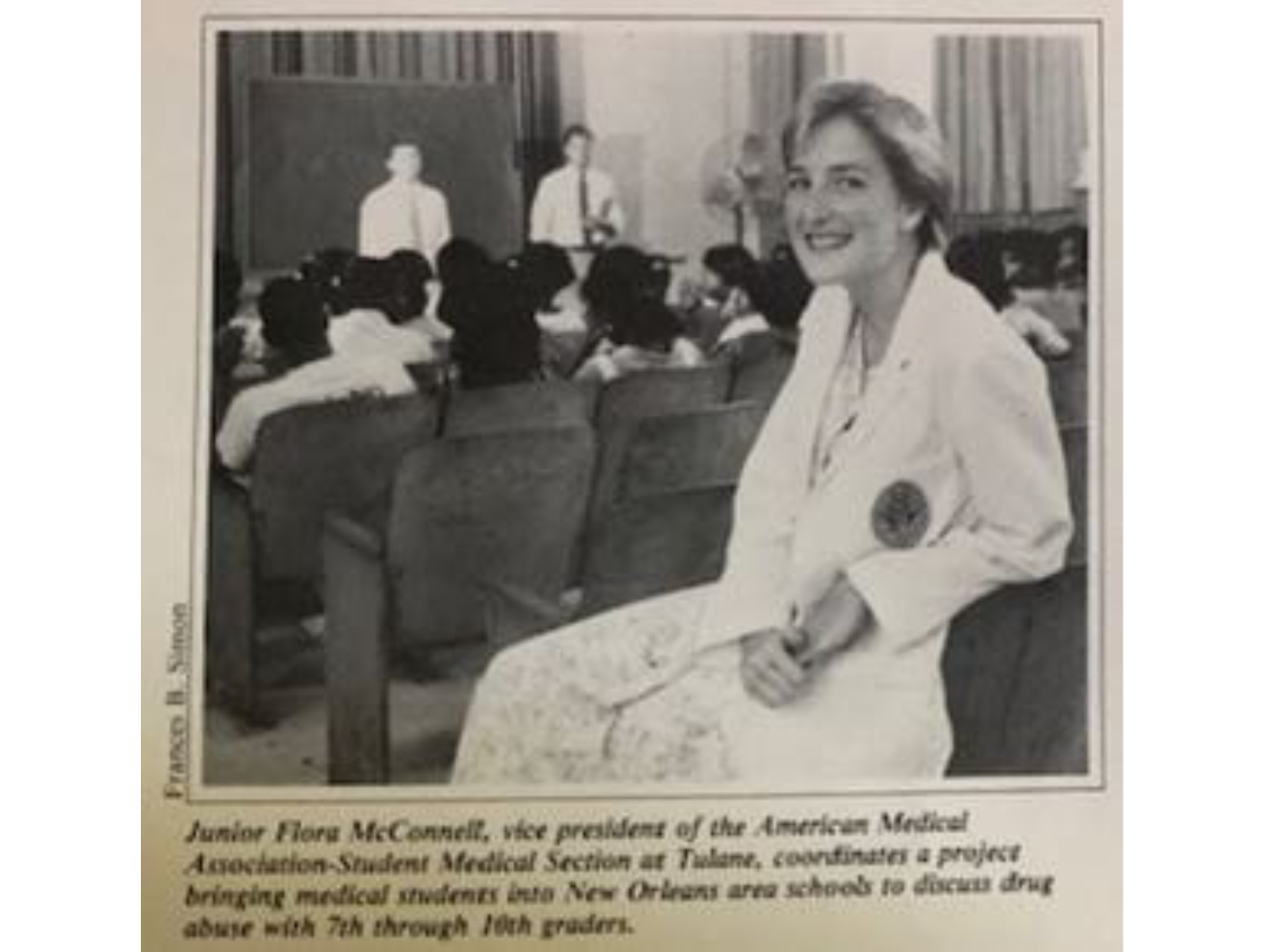 This early experience fueled a passion which was extended throughout her career to fight the prevailing misconception that recovery ceases at the one-year mark post-TBI. For the last decade, Hammond has led an initiative to recognize TBI as a chronic condition with gains in recovery possible many years post-injury.

“I was taught that we shouldn’t give rehabilitation resources to people who have plateaued, and that isn’t necessarily true,” Hammond said. “We ought to know what outcomes are possible and continue trying to push for that recovery. We see people getting recovery 10 years post-injury. We need to see what’s going on with those people and see if we can replicate it for others”

Treatment for brain injury can help even years after injury.

Some people have more difficulty recovering from a concussion or other traumatic brain injuries than others, but it's clear that even years after the injury occurred, treatment can provide significant help.

In week one of her first faculty position at Carolinas, Hammond’s chair presented a goal for their site to become part of the TBI Model Systems program sponsored by the National Institute on Disability, Independent Living and Rehabilitation Research, which supports multi-site research into the comprehensive care and rehabilitation of individuals with traumatic brain injury.

“All at once, everyone in the room turned and looked at me, and said, ‘And you can’t get us there!’ I was shocked. Why were they looking at me? I was only one week into starting my career and had no idea how to write a grant,” Hammond said. 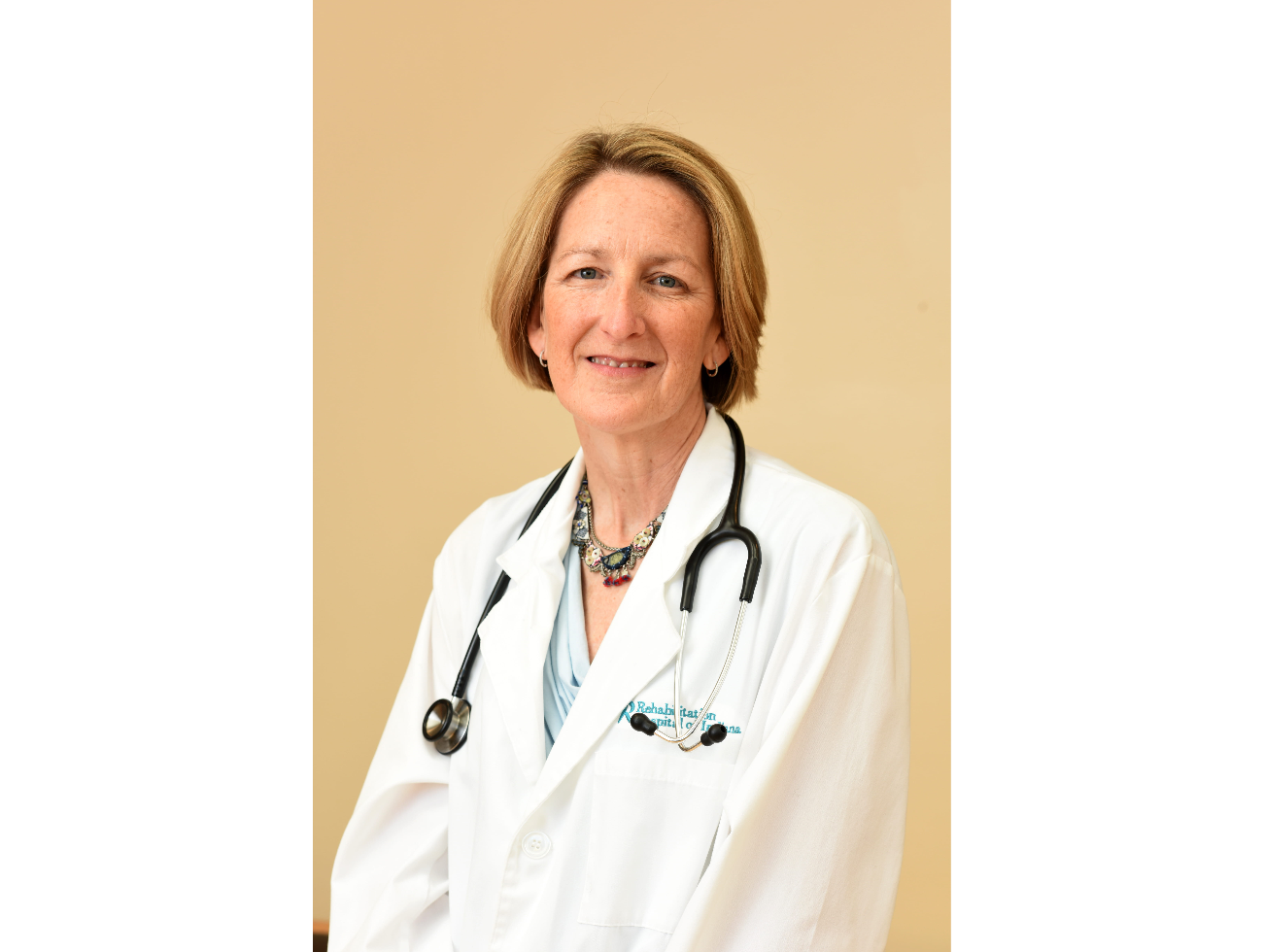 Never one to back down from a challenge, Hammond plunged in and ultimately secured the grant; then she set to work on figuring out how to conduct the study – building the necessary research infrastructure from scratch.

Her involvement with TBI Model Systems has been ongoing ever since. Now, 24 years later, Hammond leads Indiana’s TBI Model System and chairs the executive committee of TBI Model System project directors nationwide. Hammond is the first woman in this role since the initiative was launched in 1987, leading the largest longitudinal study of TBI outcomes in the world.

“It’s a big deal,” said John Corrigan, PhD, Hammond’s predecessor in the role and director of the Ohio Brain Injury Program with The Ohio State University Wexner Medical Center. He’s co-authored more than 30 manuscripts with Hammond over the last two decades. “When you’re involved in any project with her, it’s almost certain she will have done the most work and been the hardest worker on the team.”

Hammond has won some of the biggest awards in brain injury research, including the Robert L. Moody Prize in 2016 given annually at the Galveston Brain Injury Conference, a think tank of about 40 experts in the field.

“To me, this award represents progress towards my career dream to change what is possible for people living with the effects of brain injury,” Hammond said.

“The field was dominated by male leaders until Flora came along. Now she’s one of multiple female leaders,” he said. “She’s smart, she’s persistent, and she’s not intimidated. She’s a hard worker and well-trained. She was poised to be a leader. It was a matter of not letting biases at the prevent her.”

Her leadership has inspired many women in the field of physical medicine and rehabilitation. Katta-Charles credits Hammond with showing her the value of active listening.

“She wears many hats and is involved in multiple projects, but you would never know in talking to her because she is 100 percent with you in the moment and listening actively,” Katta-Charles said. She has molded this skill for me, and I have been the beneficiary of her excellent listening skills. I try to really listen to others, and it makes all the difference in building relationships, whether it is with your team or patients.” 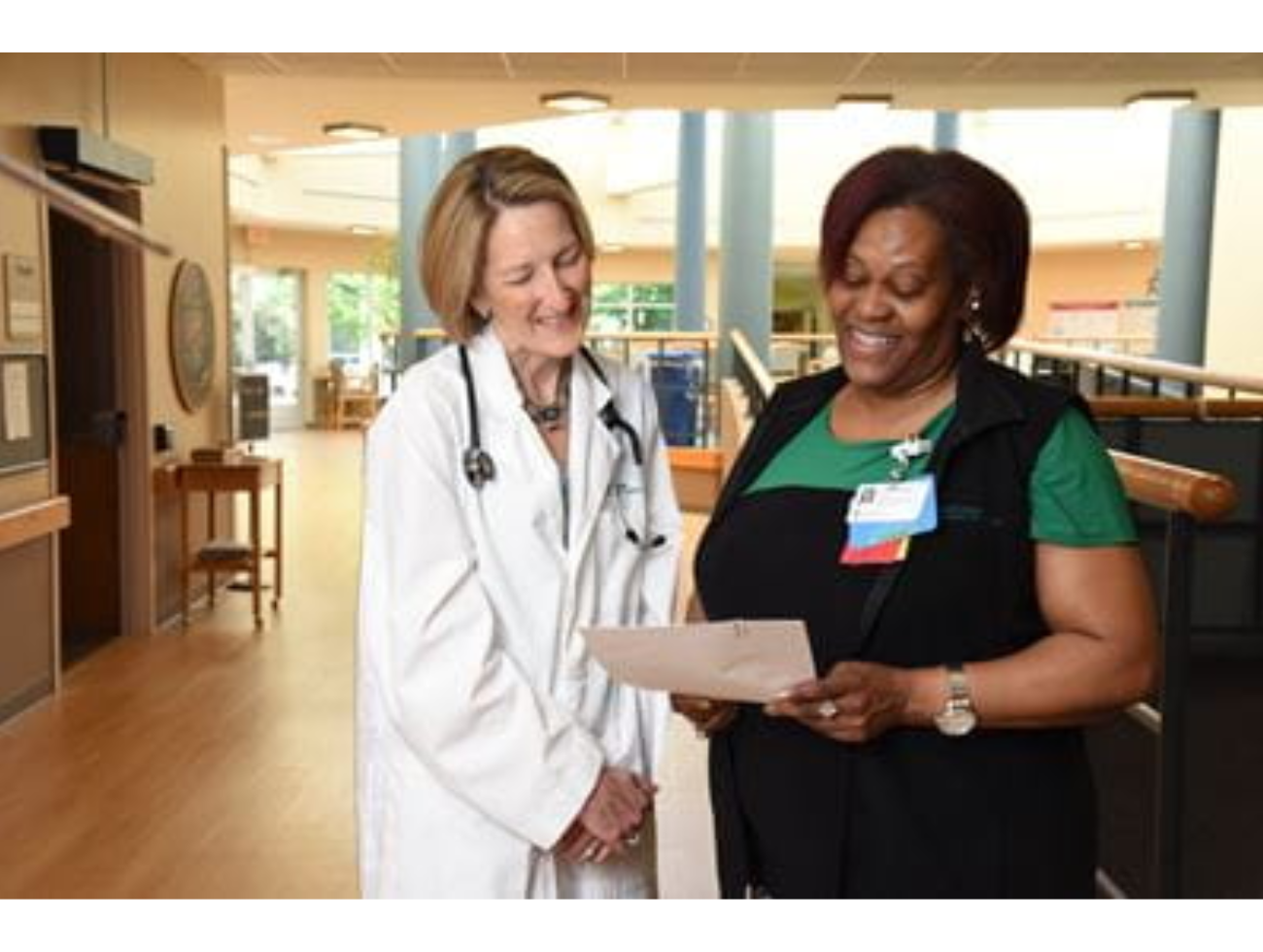 Beyond professional excellence, Hammond is inspired “rising stars” in her field to value work-life balance.

“She encouraged me to believe that I could manage a busy and successful career and also be a wonderful wife and mother. She was clearly a role model to me, not just as physician but as a whole person,” said Toomer. “She also showed me the importance of exercise as part of my physical and mental health.”

Hammond rises early and incorporates exercise into her daily routine, including running, Pilates and walks with husband. Recently, she decided to take up painting as a way to further her personal growth. 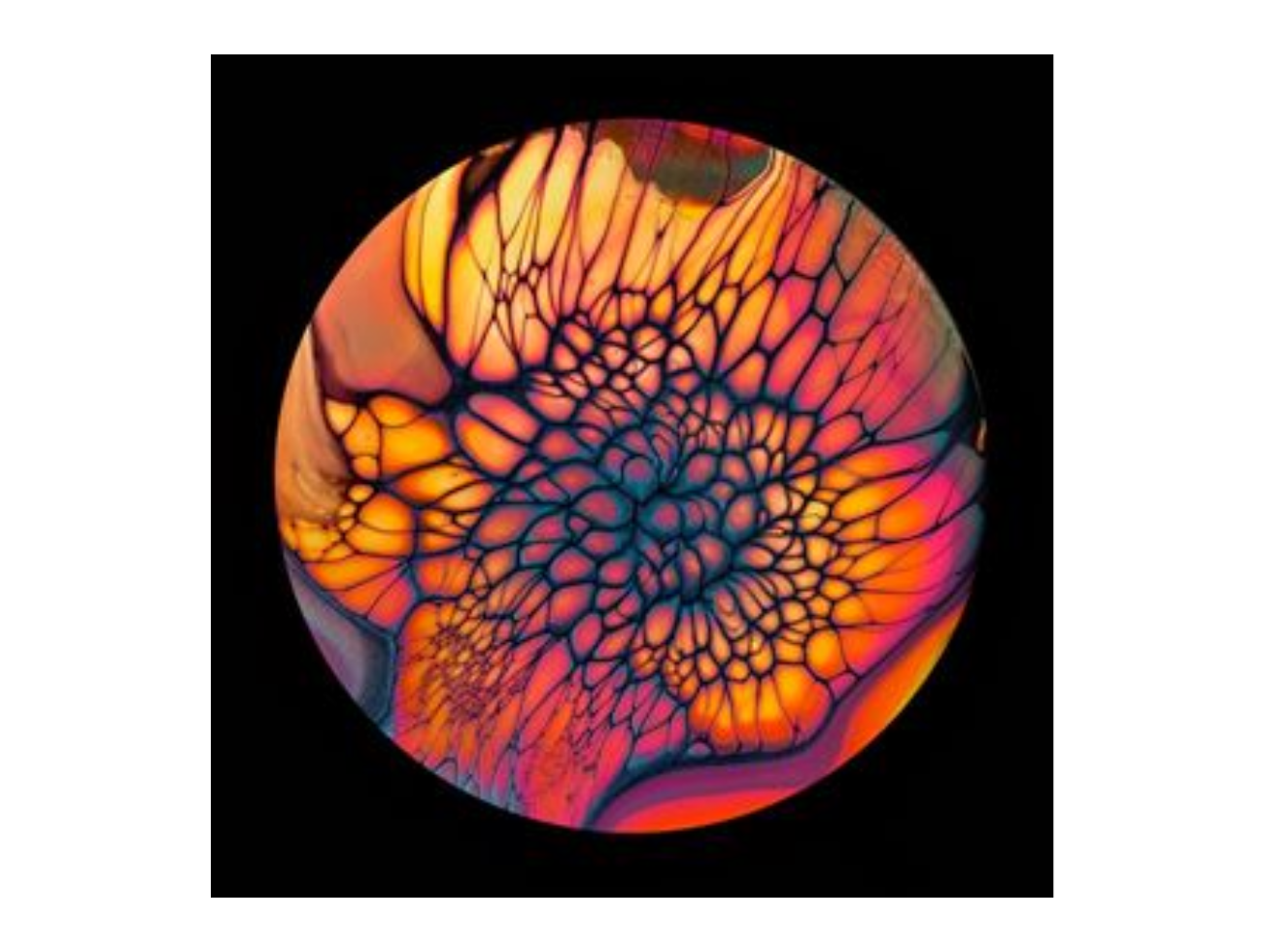 “Pour painting allows me to create something without being inhibited about being precise. I keep experimenting. I’ve invited people over and helped them learn to paint; it’s been a great experience in getting out of my comfort zone,” she said. “The creative process is a constant cycle to improve the process and outcome – similarly to my own self-growth, research, clinical care and leadership.”

Above all, Hammond’s mentees say she’s taught them by example to care for others and always do their best – the same lessons her parents taught her by their example in her formative years.

“She wasn’t one to sit down and give formal career advice. She teaches by her incredible example and mentors by encouraging the absolute best in everyone around her,” Toomer said. “She succeeded because she has a passion to take care of patients, to research to be certain that the care we are providing is the absolute best, that we have the data to prove we are doing the right thing. She always focused on the medicine and the patient, and her success is a byproduct of her focusing outside of herself.”

The views expressed in this content represent the perspective and opinions on the author and may or may not represent the position of Indiana University School of Medicine.