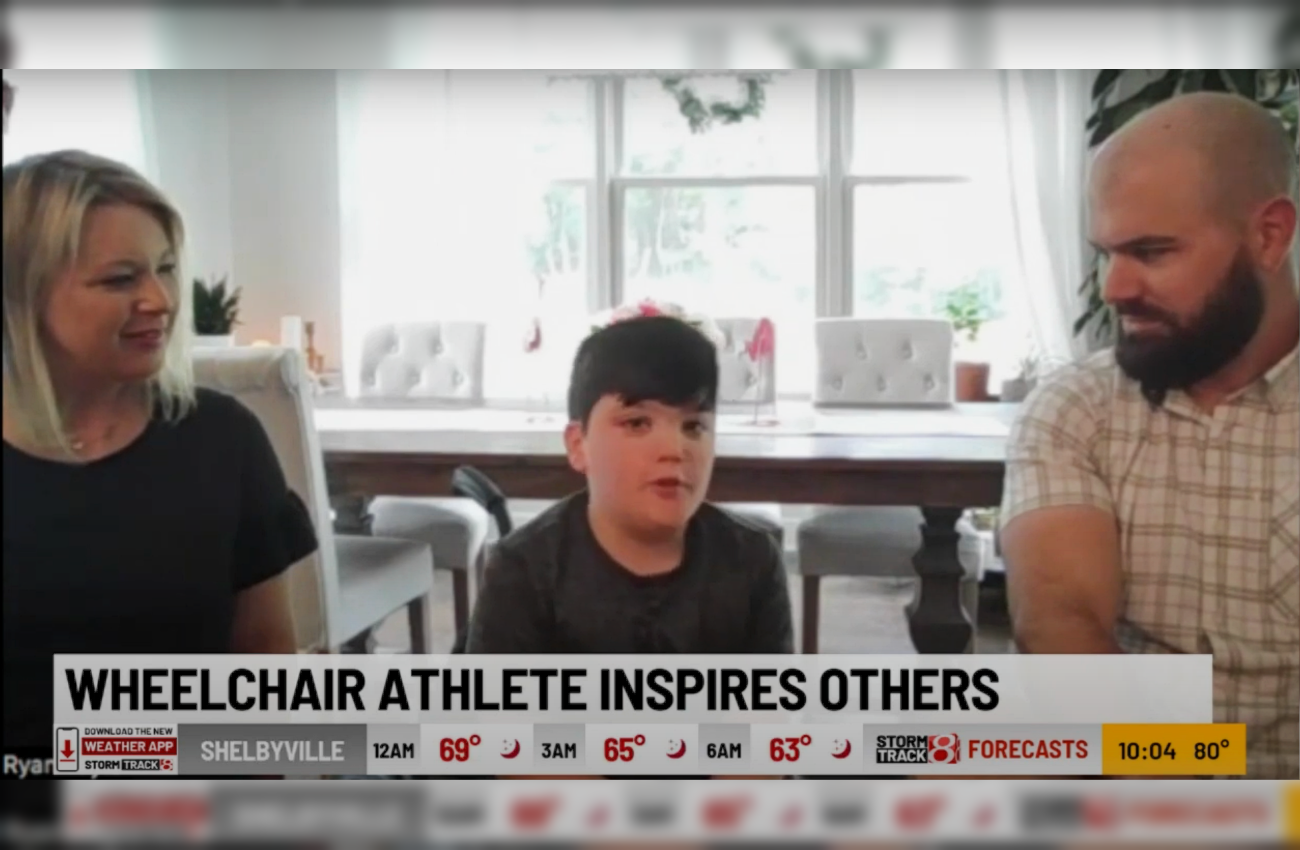 BLOOMINGTON, Ind. (WISH) — 9-year-old Eli Taylor of Bloomington was diagnosed with Spina Bifida when he was baby. The birth defect has left him in a wheelchair ever since. But that hasn’t slowed Eli down. You can find him working on his jump shot on most days in his front yard.

“Just to shoot and dunk and do some of that awesome stuff”, said Eli.

This August, he will begin his second year in the Rehabilitation Hospital of Indiana’s wheelchair basketball league. His team travels all over the Midwest for games.

“It’s really pretty special when we are traveling with the team, because in those tournaments, the people not in the chair seem out of place,” said Eli’s dad Ryan Taylor.

Eli got his passion for basketball by watching the Harlem Globetrotters.

Before basketball, Eli was inspired by extreme wheelchair athlete Aaron Fotheringham, and even tried a few tricks of his own. However, he plans on sticking with basketball and his getting ready for the upcoming season.

“We practice outside fairly routinely, working on his jumpshot and his layup,” said Ryan.

Eli shares about his love for basketball.